Many of you may have heard, University of Southern California researchers recently published a report in the journal Cell Metabolism in which they related consumption of higher levels of protein from animal sources to increased mortality risk, as well as increased risk for the development of cancer.

To start out, this study does not differentiate meat quality nor where it was coming from. Not all meat eaters are created equal.  I have to begin by saying,  I always heed and use caution when accepting conclusions from any dietary observational study. Here’s why, first, it’s very difficult to isolate one nutrient or dietary component from another. Secondly, you can’t look at dietary components alone without also isolating lifestyle variables. Observation studies can provide you with a correlation that might have some causal linkage but it cannot and does not show definitive causation!

In general their seems to be two types of meat eaters emerging;  the first are the conventional meat consumers that make up a more than 90% of the US meat eating population- they traditionally consume conventional grain-fed, GMO toxic meats and in general engage in dietary habits and behaviors that breed disease.

How many of these individual were eating regularly at Fast food chains?

How many of them were also living on the SAD (Standard American Diet) of high sugar & highly processed foods garbage?

How many of them exercise?

How many vegetables are they also consuming?

None of these variables were taken into consideration.

The other group of emerging MEAT EATERS are following a “PALEO” LIFESTYLE. These are individuals who live on a WHOLE FOODS DIET, who cut most if not all processed, refined, nutrient void Franken foods and focus on a diet comprised of unprocessed WHOLE  Foods. Foods that come in their most natural form including MEAT, Poultry, Fish, fats and TONS  of veggies. These are also individuals who for the most part take their health very seriously. You will not find them at fast food restaurants, they exercise regularly, don’t smoke, have a low incidence of diabetes and for many adopted this lifestyle because they were struggling with chronic health challenges and have been able to heal and recovery following a Paleo diet and lifestyle.

Next, it is generally accepted that vegan, vegetarians and raw food foodies are not just on a diets either these types of dietary recommendations breeds a particular lifestyle. This type of lifestyle typically goes hand in hand with taking care of yourself and engaging in more health sustaining behaviors.

So lifestyle factors play a HUGE importance in the development of disease and increase RATE of Mortality.

Lastly, I would like to take a look at other cultures around the world like the Inuit Indians and Maasai in Africa or Australian Aborigines where upwards of 80%-100 of their calories come from MEAT & Fat and they have ZERO incident of CANCER OR HEART DISEASE? How would you explain this?

The other group of people I think is important to consider are individual who have used a ketogenic diet to put cancer into complete remission. A ketogenic diet is comprised of 70% fat and a majority of their FAT calories come from MEAT and dairy. Ketogenic diets have been used successfully to treat terminal CANCER patients who are not only LIVING but in complete remission. CANCER is believed to be fed by many variables toxins, low levels of antioxidants and SUGAR! Here’s a short documentary from 10 terminal cancer patients and where they are now after following a ketogenic diet. Click here

So please put down your pitchforks and torches and stop pointing fingers at MEAT! It’s not what’s killing us! Let’s instead agree and join together- Vegan, Vegetarians, Raw foodies, and Paleolithic foodies to fight for our HEALTH! Point fingers at the REAL culprits and stop being distracted by these small-minded / snap shot studies.

The real problem is the food industry and the FDA which have allow our food supply and our environment to become toxic and nutrient void. It’s not meat that killing us – it’s what they do the meat that makes it toxic, and what they have done to our food supply to make it resemble food but really it’s the kryptonite that is slowly making us sick and killing us!

As Sean Croxton would say, JERF ( Just Eat Real Food) people! That’s the bottom-line! FEED yourself with nutrients that the body RECOGNIZES and can utilize to promote VITALITY AND HEALTH instead of foods that STEALS our health! 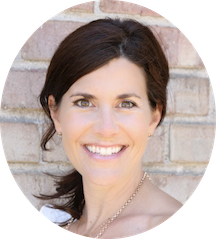